Busan South Korea is South Korea’s 2nd largest city. Why would you want to come here? The biggest draw aside from the korean food, fast internet, decent air, top notch public trains, are the beaches.
Haeundae  and Gwangan (Gwangalli beach) are the most well known. I’ve been here twice both for 1 week stints. Let’s get down to business.

I recommend going during the summer in June for nice warm weather. They also hold a famous film festival in October. I visited in early March this year, which is a bit cold and sunny. The cherry blossoms are in full bloom end of March.

Who is Busan for? It’s for a digital nomad that isn’t as price sensitive, wants to enjoy the beaches, a dose of korean culture, fast internet, perhaps a free co-work space, and a developed city in asia that can offer good direct flights to Western North America. Bring out XE currency or your favorite convertor as I will be quoting prices in various currencies. If you need to complete some fast uploads then some of the fastest internet speeds are located here.

Getting in. There are direct flights from Kuala Lumpur to Busan via air Asia. They do leave kuala lumpur late around 2am and you arrive in around 9am in the morning. I paid about 1400 MYR for mine. As a Canadian I get 6 month for my visa just for visiting! For sim cards I use an android phone and needed phone number and data so I went with KT at the airport. Price was 38,500 won and is good for up to 10 days and reliable throughout South korea. This will cover all your internet needs. Basically there is solid fast wifi from most places from starbucks to Holly’s cafe.

You can get into the city using subway, limousine shuttle or taxi. From cheapest to most expensive. Subway is about 4000 won to the city and the shuttle was 7000 won one way. I took the shuttle as I had some heavy luggage to carry.

Where to stay in Busan South Korea

I recommend staying in Huaeundae or Gwangalli as they are both walking distance to the beach and offer convenient access to the subway and restaurants. Other areas you could try are Centum City or Seomyeon. I checked out hotels, but airbnb offered a more comfortable experience and better value plus extras like a kitchen,washing machine, access to a local host, and living like a local is an experience I value. I paid 338cdn for my airbnb for a modern, well-located condo with kitchen, washing machine, wifi, japanese style toilet, heated floors, walking distance to the beach, and a view. No fancy amenities though and it’s not as spacious as malaysia. Yes it’s a bit pricey.

You can work at Starbucks Reserve or any starbucks, holly’s cafe, or check out the creator’s content studio at centum city for what they call a free co-work space. Wework is opening soon so there are many options. Be sure to bring a plug adaptor as North American style plugs will not work.

What to do in Busan

I recommend checking out all 3 beaches: Gwangalli, Haeundae, and
Songjeong  beach. The Gamcheon cultural village known as the Santorini of SKorea is nice for photos and also close to the Jagalchi  fish market. As for food I recommend trying a lot of beef (beef shabu, beef bbq, beef bugolgi), dumplings, bim bam bop, and if you’re into seafood there is a ton of variety here as it is a sea port. The subway station is pretty cheap and efficient. You can try visiting different areas and working out of cafe’s and enjoy the fast internet speed. Can you fly your drone in Busan. I flew at Haeundae beach with no problem and have flown at Gamcheon cultural village last year. Check the rules, and fly at your own risk. Standard Aerial Videographer rules.

I haven’t lived in Busan for a month for so I’ve made an estimate based on my week here. You’ll notice that the exercise and gym has a gap as I haven’t had time to figure out costs of using the gym yet. My total accounts to $2050 US which is about $500 US more than Kuala Lumpur. Use this as a guide as this varies with everyone’s lifestyle and you have to make certain assumptions to project out costs and how you will spend your time. In general accomodation costs are higher than south east asia at 1126 US, but not bad considering I’m looking at an apartment less than 5 minutes to the beach. One way ticket from Haeundae to Centum city if 1400 won. Coffee is about 3800 won from starbucks. A nice noodle soup dish is about 9000 won. Taxi ride from Haeundae to the Busan station is about 16000 won. Craft beer is about 7000 won a pint.

Busan is probably too expensive and the language barrierr will leave you with a level of isolation that won’t be as long-term friendly. I could probably do a month here or a few weeks for a visa run in the summertime to enjoy a beach lifestyle in a developed city with good flight routes to Canada. You can take the the high speed train (KTX) from busan station to Seoul if you want to check out another city or a cheap flight to cities in Japan using Air busan.

As a Travel Videographer 2018 turned about to be a great year in many aspects. As you’ll see there was plenty of travel and my camera came along for the ride. I brought my camera in each of these locations for my Stock Footage subscribers. I’m still playing a bit of catch up with too much content sitting on my hard-drives. Be sure to check out my Youtube Channel to see some of the videos. 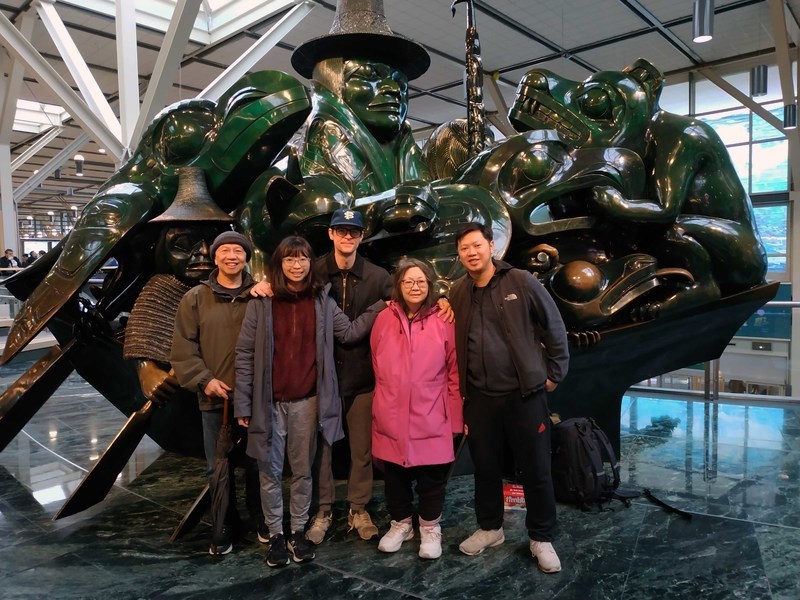 I would like to slow down my travel and prioritize more time on getting more content online. 2018 was a wild ride, and somewhere in there I turned 40. I plan to spend more time in Malaysia instead of Thailand in 2019. I’m pretty sure I’ll be back and forth between the two. There is also a lot of places to explore in Malaysia such as Sabah, Ipoh, and Sarawak. My grandmother is in Singapore, and I may be be due for a visit there and refresh my footage as well. Kuala Lumpur has great flights to Cambodia, Shen Zhen, and Sri lanka so don’t be surprised if there are some side trips there. I also want to try to return to Canada in the summer. I want to check out Montreal, Toronto, New York and enjoy a summer in Vancouver with the family.

If you’re wondering how I sustain this travel lifestyle throughout the years I offer Video services and have many online passive revenue streams. For example, I offer freelance Videos to client in the Asia region and in Canada.  I can also offer video editing services for clients that shoot footage on vacation and don’t have time to edit.  If you want to learn more about how I create an online passive income using my footage and other business skills you need please check out my online course “How to Start an Online Business from Anywhere using Video” using this sale price link.